Methocel F50: Not That Kind of Meth

/ by Jillian Mead/
No Comment
Methocel F50: Not That Kind of Meth

Though it sounds like some sort of illegal or prescription drug, or possibly a top-secret weapon, Methocel F50 is simply a chemical compound derived from cellulose--the main constituent in plant cell walls. While it doesn’t occur naturally, Methocel F50 is derived from natural ingredients synthetically. Cellulose is heated with a caustic solution such as sodium hydroxide, then treated with methyl chloride. In the resulting chemical reaction, the hydroxl groups are replaced by methoxide, and this new composite is called methyl cellulose. 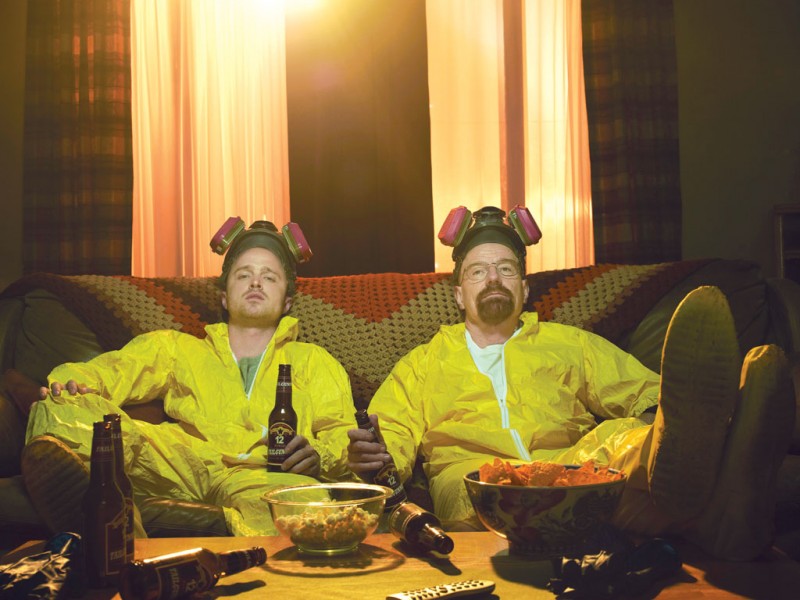 Walter White and Jesse Pinkman were good cooks, but definitely not chefs...

Methyl cellulose is a hydrophilic white powder that dissolves in water to form a viscous, clear gel. It’s used as a thickener and emulsifier in the cosmetics and food industries, and like cellulose it is non-toxic, non-allergenic, and not digestible.  It’s added to  everything from hair shampoo to ice cream to toothpaste, so chances are there are plenty of items containing methyl cellulose in your household.

There are about 20 different types of methy cellulose. Each one is similar but has distinctive properties, differing in their dispersion and hydration requirements. Methocel F50, commonly used to stabilize whipped foams, is one of the more forgiving types to work with. It can be dispersed in either hot or cold liquid.  The best method of dispersion is to put the base liquid into a blender, then whir it until a vortex forms. Sprinkle the Methocel F50 into the vortex and blend to combine, then refrigerate.  Methocel F50 needs to be chilled to complete the hydration process, which can take several hours.

Making a foam from Methocel F50 is pretty easy. Combine it with a flavored liquid, then whip in a standing mixer with a whisk attachment until the mixture forms soft or firm peaks.  You can add some xantham gum to further stabilize the foam.  A 1% to 2% ratio of Methocel F50 to liquid is typically used for creating foams, along with 0.1% to 0.3% xantham gum.  The higher the ratio of Methocel F50 and xantham gum, the denser the resulting foam.  Once whipped, the foam can be served or dehydrated to create a sort of meringue texture.