When you think about agriculture, you probably envision a farm with rows of wheat and vegetables growing in the soil. But there is also an entire business comprised of underwater agriculture, and that’s where the modern food industry cultivates carrageenan.  A totally natural extract from a particular species of red seaweed, kappa carrageenan is sourced mainly from Kappaphycus alvarezii. VIDEOS AND RECIPES AHEAD.... 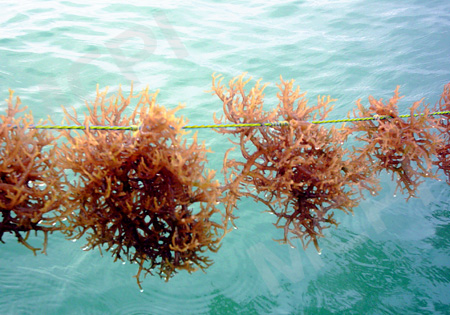 This type of carrageenan (there are three main commercial classes) forms the most rigid, strongest gels of the carageenan family (especially in the presence of potassium) and is widely used for its gelling, thickening, and stabilizing properties.  Since carrageenans can strongly bind to proteins, its main application in the food industry is in dairy and meat products.  Kappa carrageenan can also be used as a vegetarian and vegan alternative to gelatin in some applications.

Seaweed varieties, farming methods,  and facilities in the Philippines.

If you’ve ever had the pleasure of converging with a strand of seaweed during a swim in the ocean, you’ve probably noticed it’s typically coated with a viscous, jellylike film.  This unique feature of seaweed was also noted by our forebearers, and the gelatinous extracts from seaweed have been utilized as a food additive for hundreds of years.  In some parts of Scotland and Ireland a traditional dessert known as “carrageenan moss” is still made by boiling specific seaweeds in milk, straining it and adding sugar and flavorings like cinnamon, brandy, whisky and vanilla.  The end result is reminiscent of panna cotta.

Watch our demonstration video for more information on how to use kappa carrageenan.

Nowadays chefs are using the unique properties of kappa carrageenan to their advantage in modern cuisine: modernist mango custard, maple-suspended pancetta, and craft beer gels are all possible thanks to kappa carageenan.  To use kappa carrageenan in your own creations, simply disperse in water or milk (dispersion into cool liquids is best), then shear (rapid, vigorous mixing, as an immersion blender or Vitamix creates)  and heat until completely dissolved. Kappa carrageenan is soluble in hot water at temperatures above 140º F. 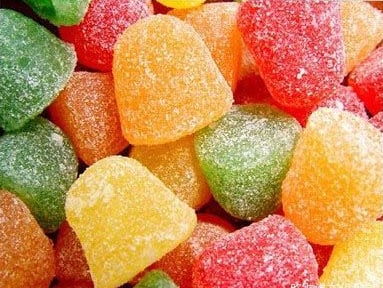