Gratuity Is Not Included, But COVID Surcharge Is...

As of last week, the COVID 19 surcharge went into effect. Restaurants in New York City can charge up to 10% for this. The percentage can vary in each restaurant, but the maximum percentage is 10%. This will be before sales tax on your bill when you are dining in or ordering take out.

All restaurants participating must state the COVID 19 surcharge on their menu, app, and verbally by their staff. The reasoning for this surcharge is to have extra revenue for the restaurant and bars that are struggling to operate during this pandemic.

Some restaurants and bars are a little hesitant to participate in the COVID 19 surcharge. It is not mandatory, but optional. The businesses fear the downside of the surcharge. Examples like customers not wanting to dine at their business when they can go down the block and not be charged the COVID 19 surcharge. Servers and front of house staff are discouraged knowing that this surcharge will mess up their tips and the lack of it to begin with.

Good news is that any business establishment that ends up abusing COVID 19 surcharge will be fined up $330 for each violation.

Mixed feelings are being discussed due to the COVID 19 surcharge. We just hope that everyone who plans to eat in New York City has brushed up on their math skills.

With Halloween just weeks away and more holidays around the corner, chocolate has been a huge staple to celebrate the holidays. To the majority, chocolate is apart of our daily lives so why not learn some fun facts of chocolate! 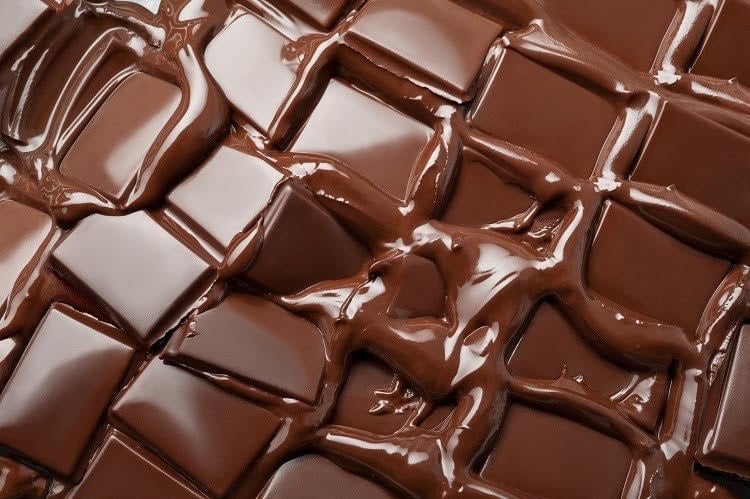 🍫 Chocolate was first consumed by drinking not eating. 90% of chocolate consumption history was drinking "hot chocolate".

🍫 The chocolate industry is worth $110 billion per year.

🍫German chocolate cake is not from Germany. The cake is named after an American named Sam German who developed a sweet baking chocolate in 1952.

🍫100 pounds of chocolate are eaten each second in the United States.

🍫Ghirardelli brand is the U.S. portion of swiss confectioner Lindt.

🍫Harry Barnett Reese, the founder of Reeses Peanut Butter Cups was a former Hershey employee and created the famous candy in the 1920's.

🍫The scientific name for the cacao tree is "Theobroma Cacao" which literally translates to "Cacao, food of the Gods".

🍫It takes the whole years crop from one cacao tree to produce a half kilo of cocoa.

🍫Milton Hershey, founder of Hershey's Chocolate company expanded so rapidly that Milton built an entire town for his employees to live in.

🍫Napoleon always had chocolate with him. He ate it as whenever he needed an energy boost.

🍫 Chocolate producers worldwide use an estimated 20% of the world's peanut crops and 40% of their almond crops.

🍫 In 2020, Lindt Chocolate introduced the world's largest chocolate fountain that pours from 30 feet high with 1,500 liters of real chocolate pouring into a giant Lindor truffle at their latest Lindt shop, museum and factory.

🍫It takes about 400 beans to produce a single pound of chocolate.

🍫Nutella was invented during World War Two, when an Italian pastry chef mixed hazelnuts into chocolate to extend his cocoa supply. 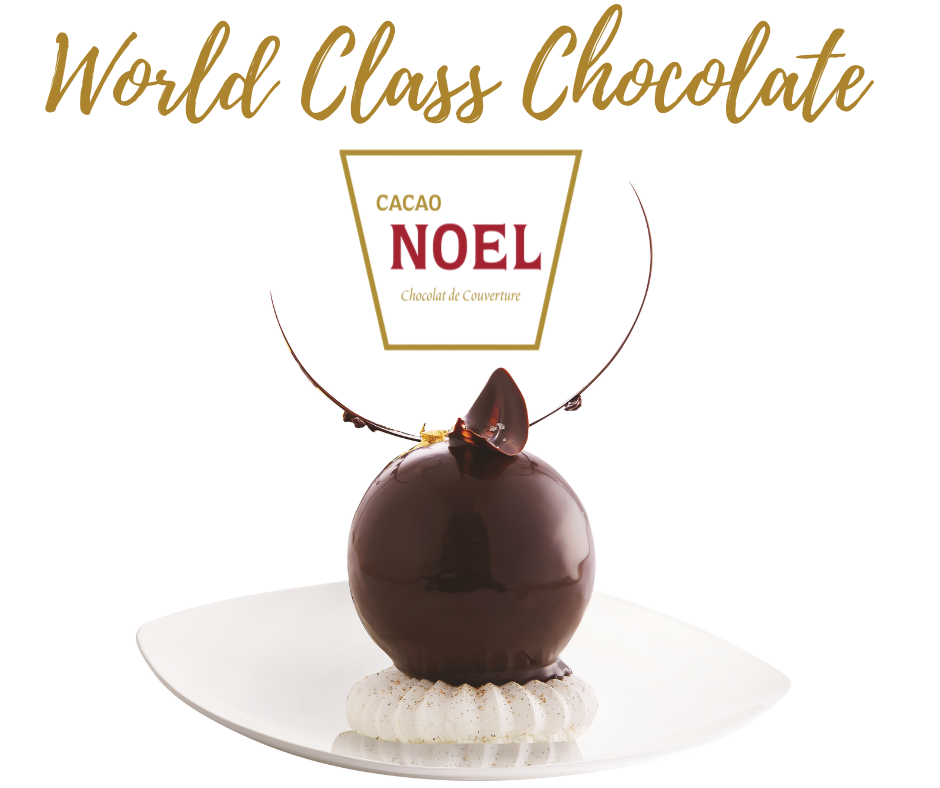 🍫CaCao Noel is named after the founders of Paris Gourmet, Xavier and Dominique Noel!

Spice Up Your Life In Honor Of Chef Floyd Cardoz 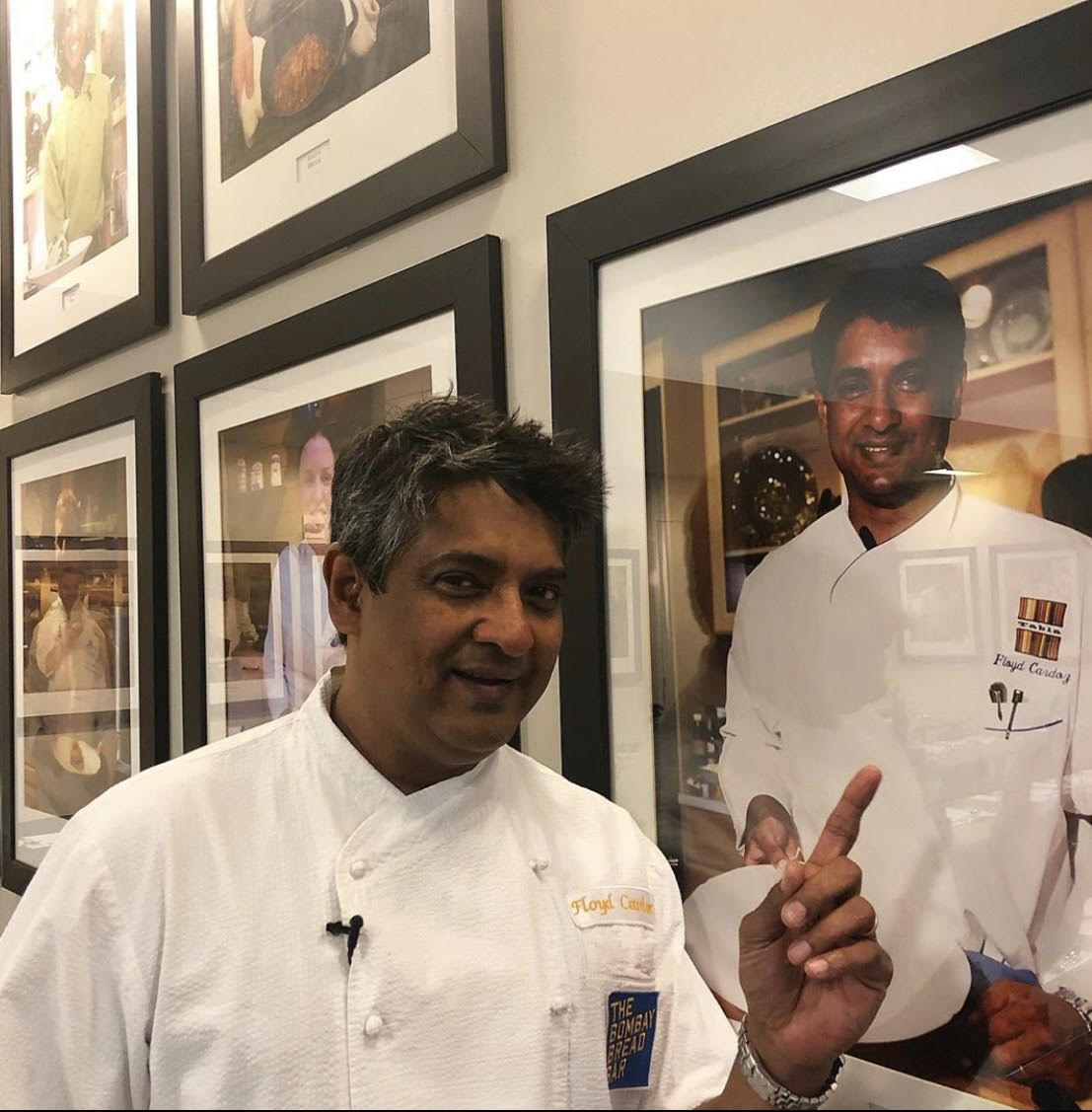 In March we lost Chef Floyd Cardoz to Covid- 19. The food industry was at a loss for such a talented chef that also pioneered Indian cuisine to the mouths of many who dined at his restaurant Tabla. 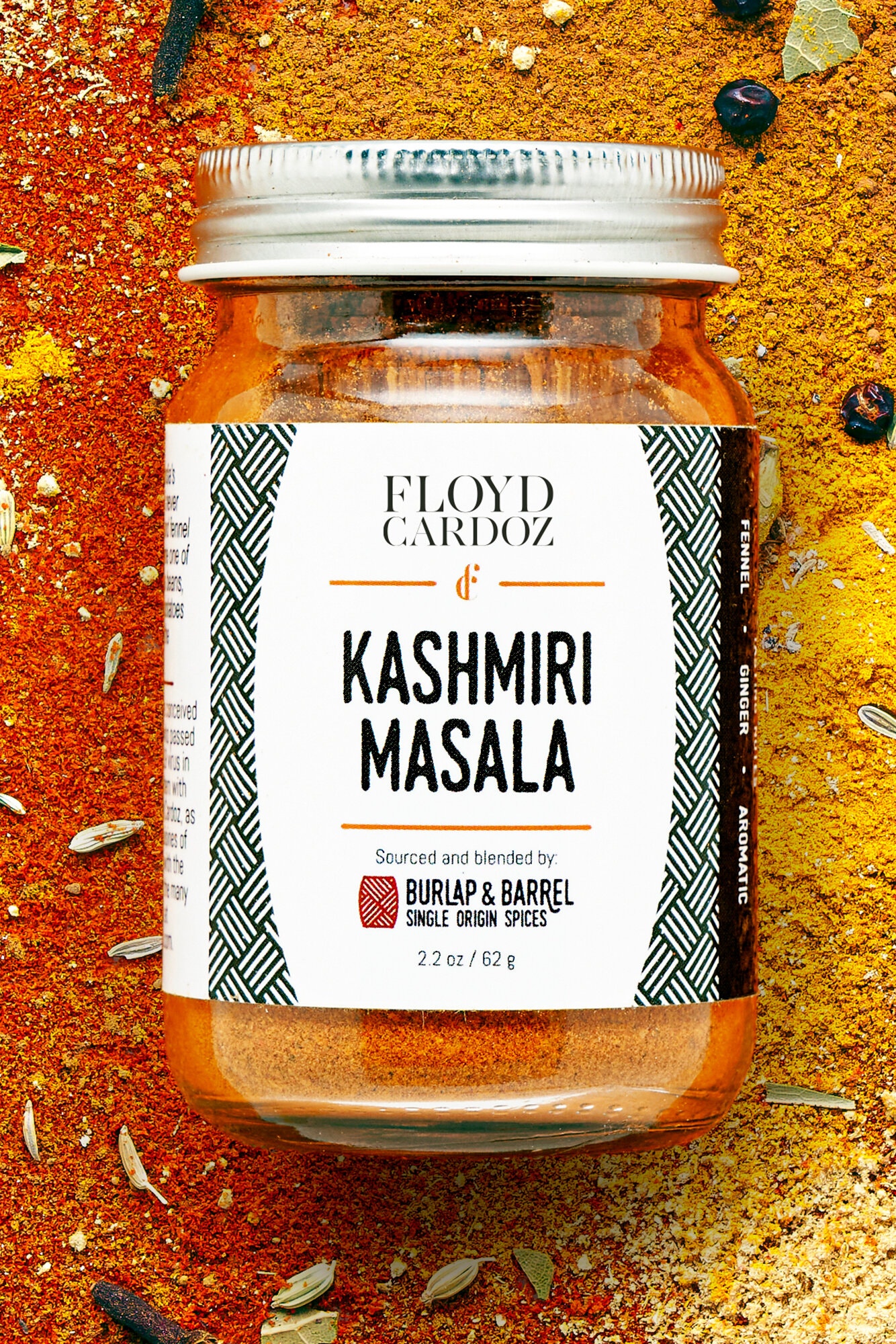 Prior to his death, chef Floyd was working on a collaboration project with a Queens based spice company Burlap & Barrel.

The concept is to create a line of masala blends and thanks to his wife, Barkha Cardoz the product is now available. With each purchase a $1 of the proceeds is donated to Cookies for Kids Cancer.

It is honestly a winning purchase for all parties. We can't wait to hear, taste, see, and of course try all the delicious creations that will come out with this spice line. What an amazing way to honor chef Floyd Cardoz!

How Gotti Made Chef Carmellini Run For His "Sole" 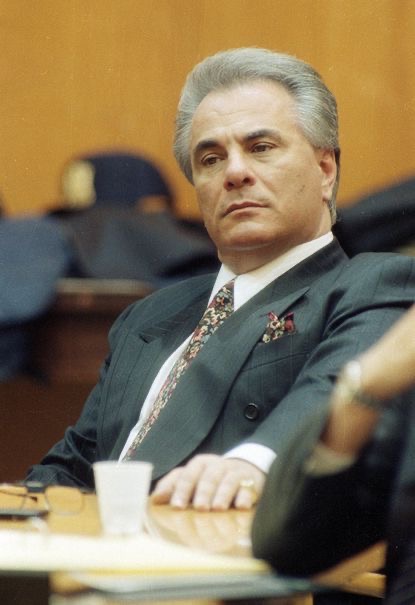 Chef and restaurateur Andrew Carmellini is an Italian American chef based in New York City. Well known for his restaurants such as Locanda Verde and The Dutch, chef Andrew shared his experience as a line cook serving the notorious mobster John Gotti. 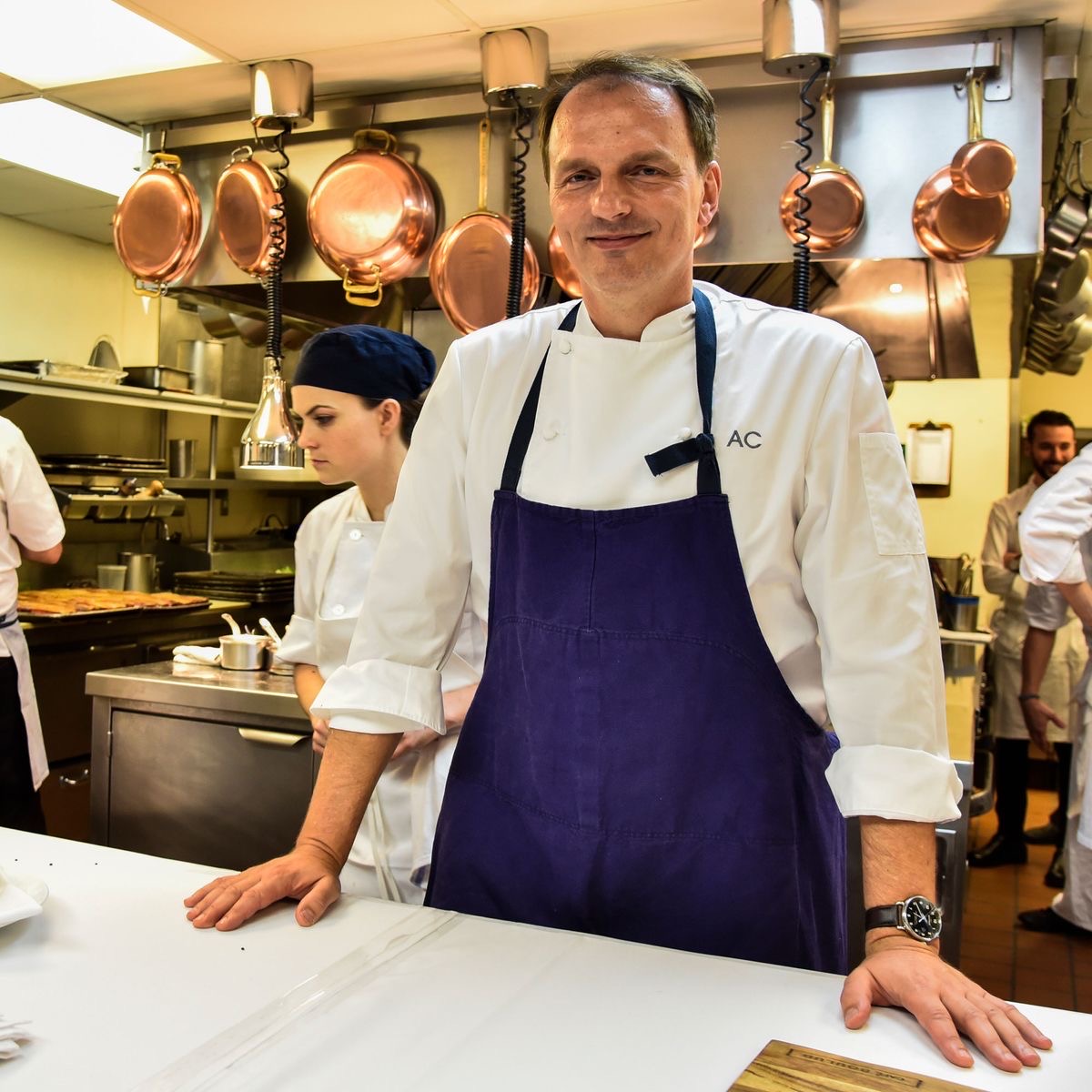 The story itself is quite intriguing. The fact that it is based on a real life experience in the 90's which was John Gotti's prime. The "Dapper Don" made back then "line cook" Andrew drop everything in the middle of a Saturday night dinner service run down the block in search for some "sole" for the mobsters to consume. 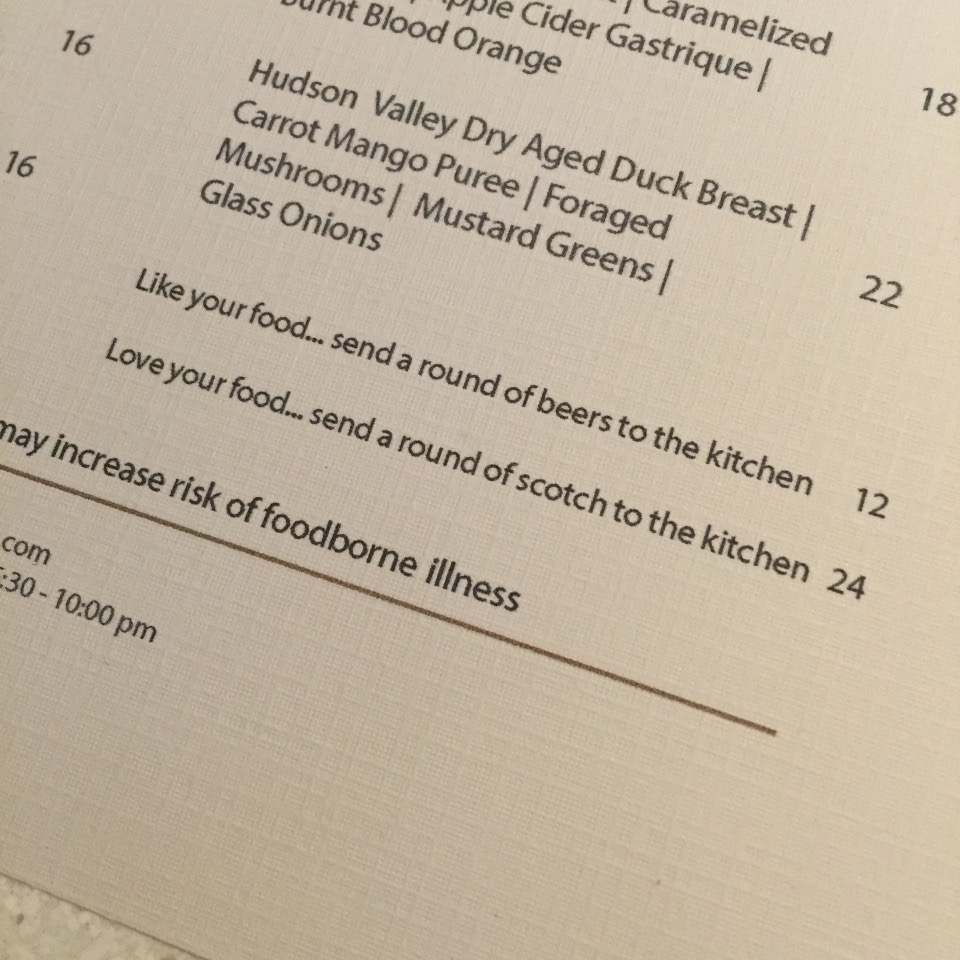 The story ends with Chef Andrew Carmellini learning a valuable lesson that night with him stating "big lesson... doesn't matter who is coming into your restaurant... you have to treat them with respect!"

Another lesson should be embraced as well. At the end of the meal John Gotti's associates went around the restaurant and personally tipped each employee from the waiter to the pastry chef $50 and saying "Mr. Gotti would like to personally thank you for tonight"

We may not have the finances to tip every staff $50 every time you go out to eat, but maybe we should take a page from John Gotti's book and show other ways to appreciate BOH (back of house) staff. Some restaurants are even offering options like a round of beer for the line cooks on their menu's.

A round of beers doesn't sound so bad after all, but can they drink it after they serve us? 😂

What do you think?

Story Time: What Do You Do When John Gotti Comes to Dinner? | On The Line

Tune In: No Tequila is Mezcal

Photo by Francisco Galarza on Unsplash

Not too long ago I was preparing to make a round of margaritas, reached for a bottle of tequila and asked myself, “What’s the difference between tequila and mezcal?” My research led me to an article that stated “All tequilas are mezcals, but not all mezcals are tequilas”. And I believed it. Go ahead, Google it, I’ll wait.

Some restaurants are taking even more drastic measures and upgrading their HVAC/ air filtration system to prevent even further spread of the virus. This "upgrade" of equipment leaves another huge bill, adding on to even more debt that restaurants are already dealing with before they can make a profit. The reason is obvious and that reason is for the safety of their own staff and customers.

So the next time you go out to eat and someone at your table complains about the temperature or states "there's a draft"... think twice before you let your server know.

Since outdoor dining in NYC became permanent, restaurant owners now have to think outside the box to battle the weather. Cafe du Soleil’s solution? Space Bubbles. Eighteen space bubbles, which can accommodate 2-6 persons each, have taken over this restaurant’s sidewalk and now diners can enjoy their meal regardless of Mother Nature’s plans. We look forward to seeing what other restaurants have up their sleeve when winter hits. For more, head over to Time Out New York 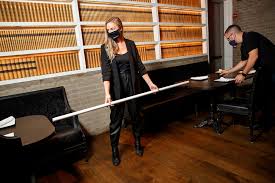 IN-n-OUT, but not the burger! Governor Cuomo has announced that starting September 30, 2020 indoor dining will begin in New York City at a 25% capacity. With strict protocols including temperature checks upon arrival, contact information to keep track of traceability, and no service after midnight. 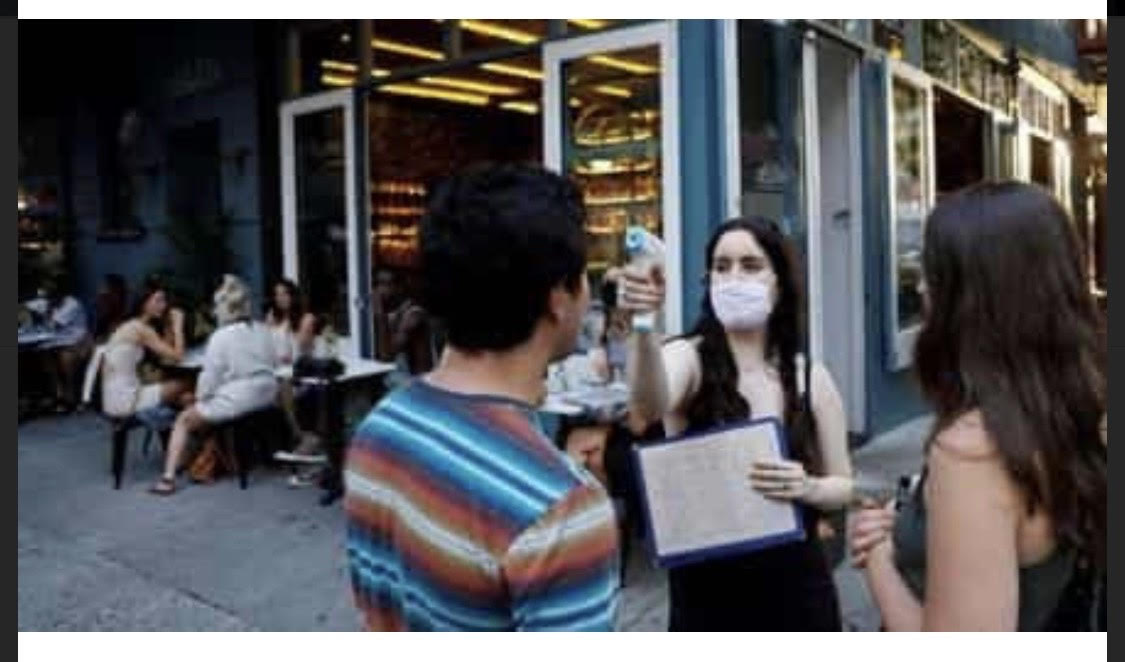 If the infection does not increase then these guidelines will be reevaluated based on data and restaurants maybe permitted to seat up to 50% capacity come November 1, 2020. When the decision was announced, mixed reactions came to surface from fellow New Yorkers such as restauranteurs, reporters, etc. 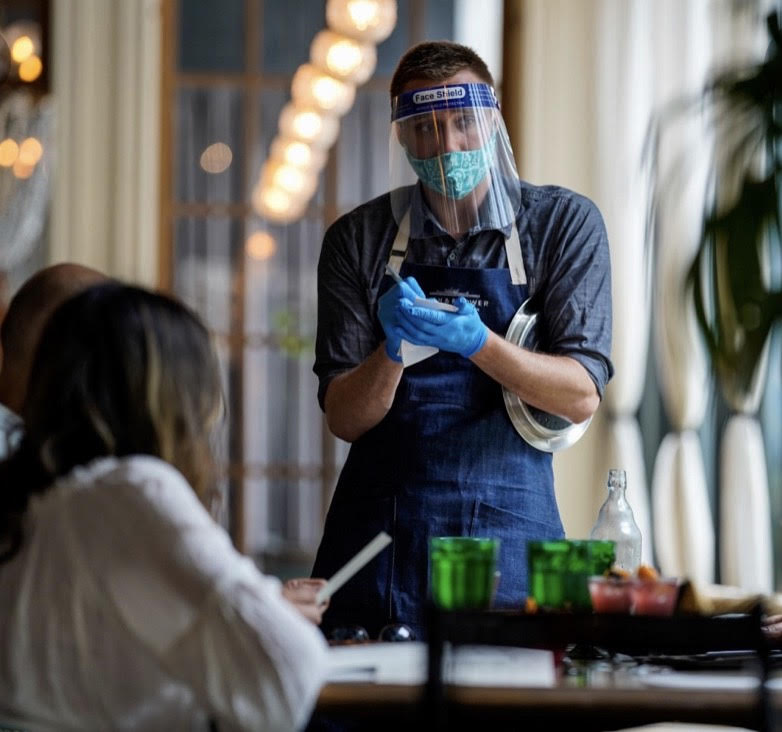 Check out the links below for the official guidelines and the "IN" or "OUT" reactions of fellow foodies.

The NEW Bakery in Town

While we wait for indoor dining to resume in NYC, a new type of business has emerged: The Instagram Bakery. As bakers and chefs are still waiting to return to work full-time, finding an outlet to showcase their passion has become the new challenge. And what better way than to post your creations on Instagram and make them available for purchase. Eater has put together a guide to some of New York City’s pandemic-born Instagram bakeries, where you can place your order and have them delivered right to your door.

How The Bottomless Cup Of Coffee Will No Longer Be... 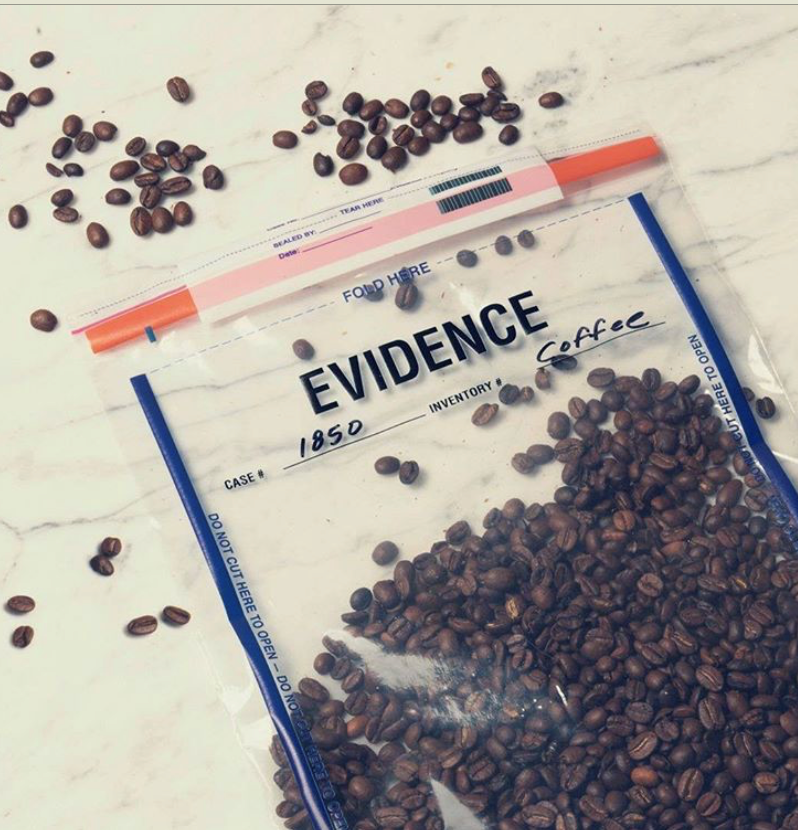 The world consumes 5 billion cups of coffee a year. It takes 3-4 years for the coffee plant to grow before it can produce berries to be harvested. The plant needs to grow in a specific environment in order to produce this delicious liquid that the majority of the world drinks on a daily basis.

Global warming is causing difficult challenges to produce coffee in a successful manner. With these new harsh conditions, coffee farmers are dealing with a huge loss of the majority of their harvest. The common loss of their crops are dried up plants and new fungi that prevents berries to sprout leaving yellowing leaves as signs of failure.

The specific conditions which were once an ideal area for their land are now becoming less manageable and forcing farmers to relocate which is becoming a serious financial issue.

For more details on this matter and to help support your coffee consumption, check out the YouTube video below presented by Vox.

Let us know what your favorite "cup of Joe" is and/ or your thought on the video in the comments below.

0 Comments Click here to read/write comments
All posts Next