This is not a great regional Austrian band.  It's the story of the country's special pumpkins.

There are many varieties of pumpkins from Austria but only the Gleisdorfer pumpkin from Steiermark produces the renown valued pumpkin seed and pumpkin seed oil.

The history of the pumpkins dates back to 1492 when Christopher Columbus saw the first pumpkins in the Caribbean while discovering the New World.  It was described in the New Herb Book in 1543 as ocean-cucumber without knowing about its culinary and nutrient rich properties.

The earliest use of Styrian pumpkins was as animal feed, and as a staple part of the diet of the field hands.  The youth of Austrias Steiermark, working in the fields, were the first to 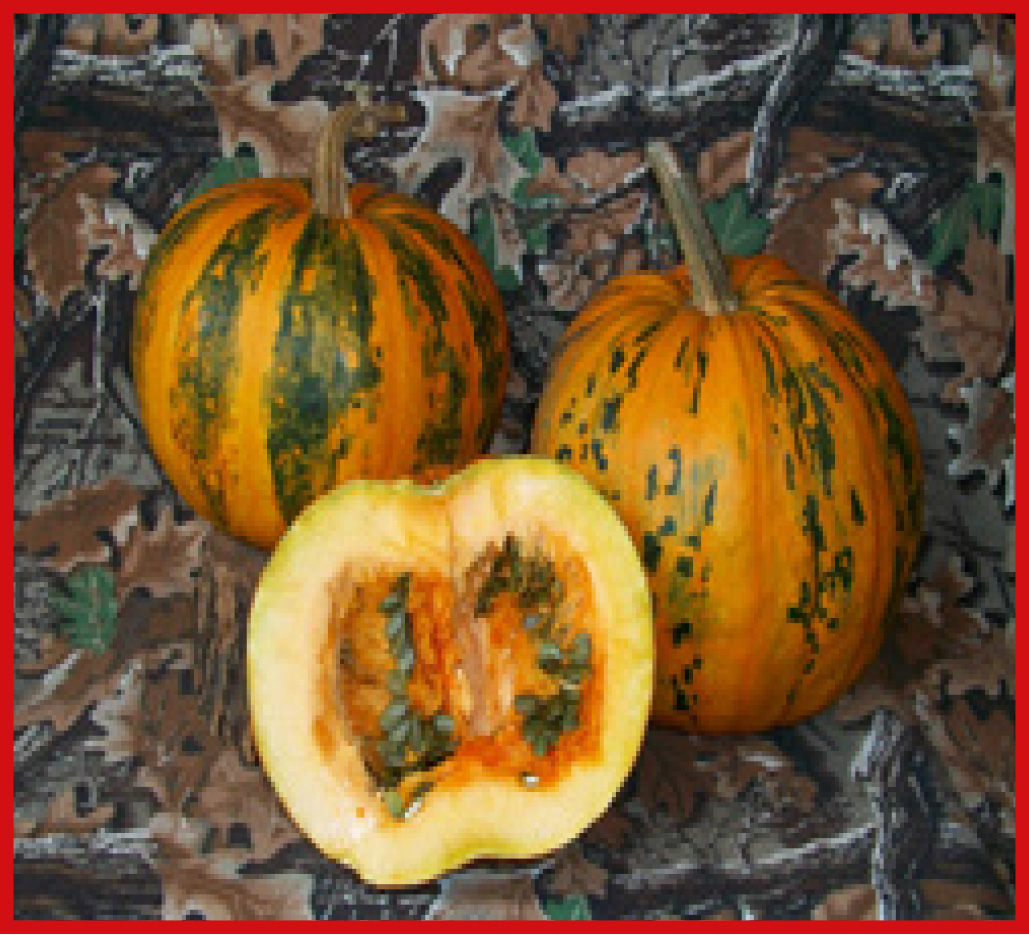 discover the pleasant taste of the unique seeds which possess a flavorful membrane over the seeds as opposed to a hard shell.

The first specific reference to the Styrian pumpkin as a valued commodity was on February 26, 1735 during the exchange of a farm in Ettenforg from father to son.  The notes documented the process of pressing oil from these seeds for its primary use for medicinal purposes.

In March, 1773 a directive came from the Styrian State Government asserting some control over the growing of the pumpkins.  The directives primary objective was to reduce the amount of this healing oil wasted on cooking and optimize its use as an ingredient in salves, creams, and other apothecary products.

Today, the Botanical Registry lists this Styrian specialty as Cucurbita pepoL. Convar pepo var. styriaca GREB.  Each pumpkin produces about 150 seeds.  The seeds lose about half of their weight during the drying process resulting in only about 75g of seeds per pumpkin.  This is a very small yield when you consider that it takes 2.5kg of seeds to produce 1L of oil.  An eye-opening formular to illustrate what goes into producing 1L is as follows:
1L of oil =  33 pumpkins = 33 square yards of farmland.

The pumpkin fields in the Steiermark cover more than five times as much acreage than the well-known vineyards.  The higher price of this oil as opposed to other oils is more understandable when consideration is given to agricultural resources which are required to produce this HEALTHY and TASTY specialty.