According to Crain's New York Business 2013 Stats and The City, tourism continues to grow strongly throughout New York City.  Average annual hotel occupancy rates finished 2012 at 87.5%, 12% higher than 2002.  These numbers are even more impressive when you consider that the number of new hotel rooms on the market has increased by 24% since 2008, totalling nearly 106,000 rooms available.  The average daily hotel rate stands at $281, up 44% since 2002.

Who visits NYC?  The top ten foreign origins for NYC tourists were: 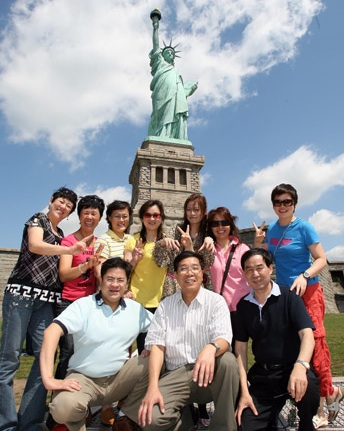 And where do they visit once here?  The top five tourist destinations are the Metropolitan Museum of Art, American Museum of Natural History, National September 11th Memorial and Museum, Empire State Building Observatory, and the Museum of Modern Art.  [Crain's New York Business]