Chocolate and the Holidays

The more that things change, the more they stay the same

Tonight is the first night of Passover and Sunday is Easter, and this year the holidays will be celebrated far differently from years past. One thing that never changes is CHOCOLATE. 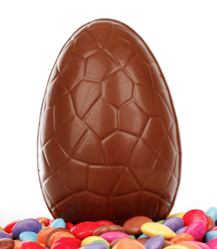 Of course, the chocolate has been a mainstay of secular Easter celebrations for over 150 years. Becasue the technology for pouring and moulding chocolate wasn't very advanced, the first chocolate eggs made in the early 1800's were solid dark chocolate and likely very grainy. But around 1828, Dutch chocolatier and chemist Coenraad Johannes van Houten patented a process for separating cocoa powder from cocoa mass:

"The modern era of chocolate making began in 1828 when Van Houten patented his method for removing most of the cocoa butter from processed cacao, leaving a powdered chocolate. Untreated cocoa mass, or “liquor,” the end result of grinding cacao beans, contains about 53% cocoa butter. Van Houten invented a hydraulic press which reduced the amount to about 27%, leaving a cake that could be pulverized into a fine powder, which we know as cocoa. To improve this powder’s ability to mix with liquid, Van Houten treated it with alkaline salts, which came to be known as “Dutching.”

With the cocoa butter separated from the mass, chocolate makers now had a new and intriguing substance. Adding it to chocolate creates a creamier and more malleable product, making it supple enough to be molded into bars and more elaborate filled confections."  - Cornell University Library

It was British chocolatier J.S. Fry & Sons that produced the first chocolate Easter Egg. Two years later, Cadbury created the modern chocolate Easter egg after developing a pure cocoa butter that could be moulded into smooth shapes. By 1893 the company held patents on 19 different egg patterns  and the rest, as they say, is history.

A limited and thoroughly unscientific poll (ie - asking my friends on FB) says that chocolate plays far less of a roll in secular celebrations of Passover. It seems that it mostly shows up in the form of chocolate covered matzo. Here's a great recipe for Matzo Toffee with Almonds from our friends at Serious Eats 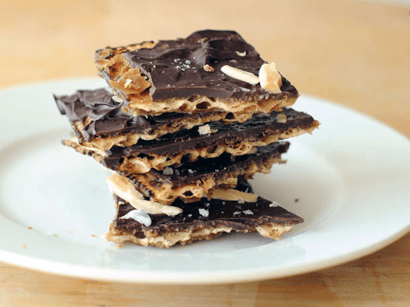 There's also something that apparently brings back a flood of memories - something called Lollycones which are nothing more than melted chocolate on a stick. Several people said they "pretty much defined my childhood."

Whichever holiday you're celebrating, be safe, be healthy, and be thankful. And eat chocolate. 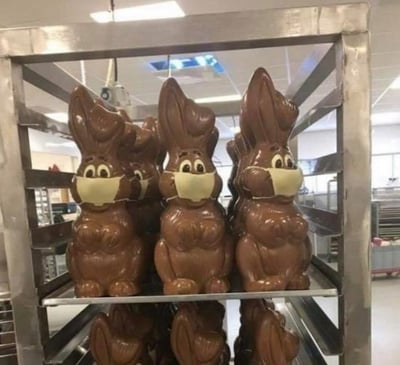